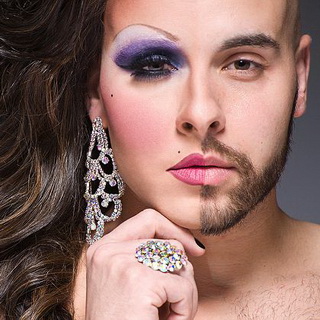 If you’re new to ladyboy loving you’re probably still trying to get your head around an onslaught of new abbreviations, sexual labels, and strange vocabulary used on the forums and ladyboy related websites.
Even listening to more experience admirers it can often be quite confusing, with occasional contradictions and misconceptions regarding the meaning of terms such a femboy, shemale, TV, TS, LB etc..

In an effort to create some kind of basic glossary here’s a quick breakdown of some of the terms you are likely to hear and their meaning:

The term ladyboy was first used as a pornographic word and primarily referred to Thai transsexuals, though it quickly came to encompass transsexuals from all parts of Southeast Asia, and some other Asian nations. Despite its roots, today it is regarded as the translation of the Thai word Kathoey, which means transsexual.

Occasionally people will refer to non-Asian transsexuals as ladyboys, but in general many Western transsexuals will take offence to this title, some considering it to be politically incorrect because of its origins as a pornographic term. However, it is now generally an acceptable term to use within Southeast Asia, when referring to local transsexuals. Many Asian transsexuals and organisations use the term ladyboy to describe themselves in a positive manner.

You may well see escort ads and adult material happily using the word shemale, whereas it’s less likely to see the word used in a dating ad. Obviously it’s not advised to refer to any transsexual as a shemale unless you’re sure they feel comfortable with the word and won’t take offense.

Whereas the previous two terms can cause offence the term transsexual is the universally accepted, politically correct term for someone who views themselves as being of the opposite sex to which they were physically born.

Unlike the previous two terms, transsexual is a rather broad term which not only encompasses anyone physically born as a male who psychologically identifies themselves as a female, but it also refers to those born physically female who consider themselves to be male; often referred to as Male to Female Transsexuals (MtF) and Female to Male Transsexuals (FtM).

The term femboy is a relatively new term which is yet to feature in any official dictionaries, and doesn’t have such a clear definition as the above. In fact it’s a term that tends to get used in different ways.

A transvestite is a person who chooses to live as the sex they were physically born while occasionally dressing, acting, and/or performing the role of the opposite sex in order to express part of their personality and emotions. Though commonly used to describe males who dress and act the female role, it can also be used to describe a female who on occasions acts and performs as a male.

This is not a sexual term and many transvestites are heterosexual. The term Drag Artist (or Drag Queen for males) is also an extension of the word transvestite, and refers to anyone who publically performs as the opposite sex, as a means of art or entertainment.

A Cross Dresser or Crossdresser, is someone who takes on the role of the opposite sex purely for sexual pleasure. As with transvestites and drag artist, cross dressers don’t typically consider themselves as being physically or psychologically of the opposite sex. Many cross dressers have a fascination for dressing female in a sexually provocative manner, and do not necessarily feel the need to wear make-up or look as feminine as possible.

The terms transvestite and cross dresser are often wrongly banded together, however there is a big difference in the mentality and motives between both. While cross dressers take the role of the opposite sex motivated by sexual excitement, transvestites are typically motivate by a need to express themselves.

As you delve deeper into the world of ladyboys and transsexuals you will no doubt encounter further terms and explanations. Whereas ladyboy is strongly associated with Thai transsexuals, there are many other terms specific to transsexuals from different nations, such as Newhalf (Japan), Hijra (India), Fa’afafine (Samoa), Bakla (Philippines).

The word Transgendered is kind of the all encompassing word which can essentially refer to anyone who challenges or defies the socially accepted look and/or behaviour of gender roles. This is an extremely broad term which can include everyone from an occasional cross dresser or femboy, to a post-op transsexual.

Post op and pre op are terms used to define whether a transsexual or ladyboy has undergone SRS surgery (you can read more about SRS surgery here). Basically indicating whether they have their original sexual organs (i.e. a pre op ladyboy will still have male genitalia, while a post op ladyboy will have undergone an surgery to remove their male genitalia and construct female sex organs).

Thais themselves often call katoey layman, but like farang, it is subject to context and can be both +ve and -ve.

Billy boy and occasionally parlorista are used in the Philippines, while silahis can be used for both gay and ladyboy.

And don't forget inbetweenies and gender-benders !

Apr 23 2014 06:17 PM
Great article! The definitions of slang words are often difficult to nail down, and they tend to change over time, or as you move from one region to the next. I think you did a great job putting some perspective on an often baffling set of words.