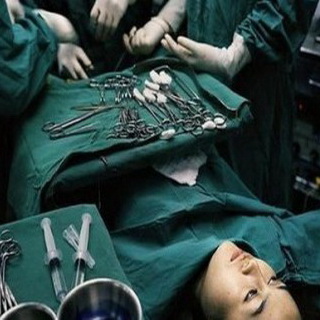 Sexual Reassignment Surgery, more commonly referred to as "SRS", first became well-known to the public with the case of George ''Christine'' Jorgensen, an American from New York City who was also a veteran of World War Two..
Feeling as though he had been born into the wrong body, Jorgensen was amongst the first to undergo ground-breaking SRS procedures being done in Europe in the 1950's, and had his surgery done in Denmark between 1951 and 1952. Living as a female until her death in 1989, Christine was a ground-breaking figure in the Transgender movement of the time, and is widely hailed as the pioneer for these procedures, which are performed quite often in Thailand these days.

The Land of Smiles has always had an accepting, agreeable way of dealing with their large Transgendered population. Whether because of their laid-back Buddhist temperament or their ''live and let live'' attitude which goes along with it, male-to-female Transgendered people in Thailand have generally had a more accepting culture which does not look down on their choice to live as a female with scorn, but generally with acceptance, where many have become well-known national figures and where regular beauty pageants for the Transgendered are staged throughout the country. Being a "Ladyboy" is not met with the derision it is oftentimes met with in the west, but is rather celebrated; many young males will tell their parents when they are still in elementary school that they wish to be a Ladyboy, and most families accept it and do their best to accommodate the newest ''female'' into the family.

The vast majority of these Ladyboys do not wish to have SRS; they are happy with their male equipment and in fact would find the thought of removing their male organs to be abhorrent. But for some of these Ladyboys, who feel deep down that they were indeed born into the wrong body, SRS remains an attractive option by which to correct the mistake nature has made. Fortunately for them, Thailand is now considered one of the leading countries in the entire world for this type of procedure, and by this point in time has dozens of well-known doctors who can perform the surgery required to change them from a man into a lady.

In most western countries, be it America or England, Canada or France, etc, it takes years of mental preparation and enhanced therapy with a professional counselor, as well as 2 years or more of hormone therapy and at least one year of living full-time as a female before you can even be considered for such a drastic procedure. In Thailand these rules do not exist; if you feel like you can have a better quality of life as a female, and you have the money required, you can have SRS done in most of the larger cities throughout the country. The costs range anywhere between 50,000 baht to 250,000 baht, and as with most things in life you get what you pay for! Many Ladyboys who have had the procedure done at cheaper places, oftentimes universities or clinics with new, trainee doctors, report that they are unhappy with the results. An inability to become sexually aroused, pain while having intercourse, trouble keeping the area clean and with the new, man-made vagina not being deep enough are common complaints from these girls who can rarely have their plight fixed or repaired in any way.

The Ladyboys who pay top dollar and go to the best clinics and to the best-received doctors usually have the best results. Word of mouth lets them know which are the best doctors and clinics, and if they have the patience and can raise the proper amount of money they will wait and have it done at those institutions. Ladyboys who report that they are happy and have adjusted well to their new vagina and who can have regular orgasms, etc, are also the ones who pay the most money; no surprise there. The verdict is still out as to just HOW good these doctors are and how good the procedures are, as many Ladyboys will exaggerate the extent of how good their sex life is to impress friends or perhaps even the person who paid for the surgery, oftentimes the western ''sponsor'' who agreed to help pay for it.

No real statistics are available as to how many Ladyboys actually opt for this procedure, but a random poll of any 100 Ladyboys in a city like Pattaya or Bangkok would probably put the number at about 10% of them wanting to have SRS. Some of these girls are extremely determined to have the procedure and cannot be talked out of it, no matter who tries; some who are on the fence about it will usually choose to keep their sexual organs the way they are, oftentimes dissuaded by stories they have heard either through 3rd-party accounts or from girls they have spoken with directly who have had the surgery and are not happy with the results. The vast majority of Ladyboys will keep their plumbing just the way it is, never even having a thought to going through such an arduous journey and one which can never be reversed and seldom improved-upon.

Sexual Reassignment Surgery has been available to men who feel like they have been born into the wrong body since the 1950's, and is now also available for females who feel like they should have been born as males; Chastidy Bono, the daughter of Cher, is one such female who now lives as a male thanks to surgery. In Thailand it is quite a common thing, believe it or not; many men have even been tricked by "post-ops" who work in the bars in big cities into sleeping with someone who was once a male but now has the sexual organs of a female, and long after they have gone back to their home country they still have no idea. Doctors will keep performing these procedures as long as they have patients, and in Thailand that list is very long indeed. Whether or not that's a good thing or not is left to the individual; if they are convinced that having the procedure was the best thing for them and they are truly happy with the results, perhaps the wide availability of options for them in a country with such widespread acceptance can be viewed as positive and favorable.

South Korea and Japan also offer high quality sex reassignment surgery (M>F and F>M), but they are stricter on the criteria and pre-operative screening. Stats from a survey by a gender disorder group in Japan last year on approximately 100 patients showed that 70% of Japanese who had SRS (mainly M>F) abroad and in Japan were happy with the results, but 15% had serious complications or needed a follow-up operation after the procedure.

Five people said they had “serious complications” after the surgery, such as urination problems and intestinal blockage. Of the five, two underwent their surgeries at overseas hospitals, another two at small clinics in Japan, and the remainder at several clinics and hospitals in Japan.

One of the persons in the survey — in his 30s who changed his family register record to male from female after the surgery — had his procedure at a Japanese clinic and was left with urination problems.

“The pain was harder than anything,” he said. “I wish I had a thorough explanation before the surgery.”

According to judicial statistics and other data, the number of those who have changed their gender in family register after the surgeries totaled 3,584 between 2004 and 2012.

The survey also showed that only a little over 10 percent had surgeries at well-equipped institutions observing the guidelines established by the Japanese Society of Psychiatry and Neurology. This suggests that they were not managed so well, e.g. had surgery against medical advice, or had budget procedures from less experienced and less knowledgeable surgeons.

Some overseas hospitals did not listen to complaints by patients after abnormalities were found later, according to the survey. Some in Japan were turned away when they went to different hospitals from the ones they were originally treated after experiencing complications, it said.