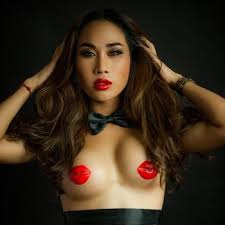 I had my first encounter with a ladyboy in New York a couple of decades ago. It was one of those old time stories you hear about a guy meeting a tranny without knowing. I guess I knew something was off.
But that Asian chick looked good in the club. I didn't really click fully until I was in the taxi and the driver was giving me strange looks. I guess I was naive. And later I felt a bit strange. But as time went on I embraced my love of ladyboys and moved on to greener pastures, which of course meant Thailand!

Some younger guys might consider me an old timer. When I hear the term I think about the guys who were here before me. But on the other hand I understand where they are coming from. Anyone with more than a decade down in a place could be described as an old hand.

In any case, a lot of guys new and old alike have been talking about the good old days and how the bar scene has been getting worse. And of course I have noticed a kind of decline across the bar board myself, though it really depends how you measure it. Without question there are now more ladyboy bars than there have ever been in the past. Especially in cities like Bangkok and Pattaya! But things like the number of ladyboys, their looks, their attitudes, and of course how much money they want also come into play.

So we end up with a situation where new bars seem to open all the time but still some guys complain about the action. And I totally understand where they are coming from. At the same time I understand where the ladyboys are coming from too. Ladyboys are now more accepted than ever and the Baht is high against many major currencies. Add that to the internet and you get ladyboys who are prettier, more accepted, and have more options than any transsexuals in the past. So we shouldn't be surprised at all if this new generation of ladyboys doesn't want to be subject to the discipline of working set hours for set wages, right? After all, this is the age of the gig economy.

At the same time, we don't have to stay home or just make complaints either. The internet has in fact made it a lot easier for guys like us who love ladyboys too. If you're in most major cities in Southeast Asia or even Europe, you now have more or less immediate access to a whole bunch of ladyboys who are looking to make relationships or just some money. So why not take advantage of it? Even for an arguable old timer like me that's easy to do these days!

First we've got Tinder and other apps like it. Then we've got all the dating sites and apps, which includes a bunch of ladyboy specific stuff. There are ladyboy dating sites and then there's the massive Thai friendly with members all over the country and world who can be sorted by gender, including the “third gender” or ladyboys!

Finally when we want that on demand action, we have more options than ever thanks to the online ladyboy escorts agencies and the centralized Smooci site where Thai ladyboys of all sorts can post profiles. I've even found Thai ladyboys on Smooci in cities like London! How's that for convenience and availability?

For the dating ladyboys in Thailand we recommend joining Thai Friendly which has hundreds of Thai ladyboys listed.

For ladyboy escorts in Asia and Europe, make sure to try Smooci.