5 famous people who lust after ladyboys 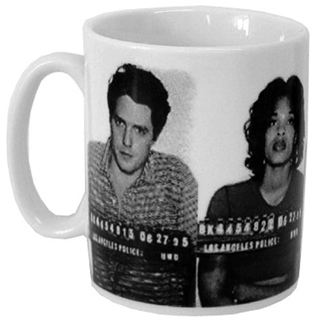 Feeling shy? Confuse? Worried about your secret ladyboy crush? Don't worry one bit, even famous people are attracted to the third sex.
They may not have comfortably come out of the closet, but the evidence all points to a lusting for ladyboys. Here are 5 famous folk who got caught delving into the glorious world of ladyboys, transsexuals, and transvestites:

The tat covered rapper may have a memorable voice, but this rugged rogue also has a very unforgetable past. Lil Wayne spent a fair bit of time incarcerated but it looks like his soap and shower antics continue long after his release, with more than one shemale confessing to a carnivorous encounter with the pop star.

Unfortunately girls, Lil Wayne is not a keeper. When transsexual pin-up Sidney Starr was interviewed about her night with the raspy rapper she made it clear the required levels of tranny wooing were lacking, by claiming "It wasn't close, he really just hit it and quit it."

The lead singer of British band Bush and husband to the rock goddess Gwen Stefani managed to keep his ladyboy loving past a secret for some time. However, Gavin's skeletons were finally revealed when Peter Robinson, aka former teen drag artist known as 'Marilyn,' admitted to their 5 year relationship.

He may be admired as a phallic symbol up on the rock stage, but you have to have some set of stones to maintain a 5 year relationship with a teenage transvestite. Fair play.

Ronaldo (the fat one)

At one point Ronaldo was without doubt the greatest footballer in the world. Young, rich, famous, and dodgy barnet aside, he could have had almost any girl on the planet. Instead he opted to spend the night with 3 of Rio's finest transgenered street hookers. Unfortunately for the buck-toothed Brazilian he was caught in the act by a passing patrol car.

When question back at the cop shop he told the officers he was merely looking to 'amuse himself'. Ronaldo's preferred position was not revealed that night. Whether he is a power forward or prefers to play from the back, still remains a mystery.

During the filming of 'Holy Man' in 1997, Eddie Murphy was caught red handed picking up a transsexual hooker down on the infamous Santa Monica Boulevard. When police questioned him he gave the immortal quote 'I was just giving her a ride home, mr officer.' Though he didn't specify whose home they were heading to.

Anyone who has seen Holy Man (or any of Eddie's movies post-Coming to America), will know full well that this Nutty Professor should be far more ashamed about his choice of film roles than in his selection of bed wrestling partners.

He may have had the lovely Liz Hurley as his bird, but Mr Grant couldn't resist the divine tranny charms of Ms Brown. While movie star Grant was put to shame for picking up this transsexual hooker, the Canadian call girl was catapulted into the media spotlight and received more than 15 minutes of fame.

Not only did Divine Brown hit the interview circuit, spilling the beans on her brief encounter with humbled Hugh, but she also became an award winning Canadian pop star, winning a Juno award (whatever that is) and supporting the Backstreet Boys on their 1998 'Unbreakable' tour. Hugh, meanwhile, continues to make bad movies, playing the stereotypical bumbling Brit (albeit, with a not-so-secret craving for ladyboy meat).

im sure its not only 5 of them who lust for ladyboys some of them were not caught by the public eye.....ive chat and talk to my fellow filipina ladyboy friends in the US who work as escort....they do get calls from famous celebrities and even politics but its a top secret affair that as a professionals like them just keep it to protect their business they never mention names but like everyone of us famous or not famous for sure they do desire to be with this LB meat

What about Jean Claude van Damme? Another ladyboy lover, often in Thailand with movies and Muay Thau excuses....

Another Brazilian player: Adriano, caught in act with Patricia Araujo...and so many Italians football players..too many to mention....

While living in Bangkok for 5 years I was lucky enough to associate with some pretty high society ladyboys mainly in the fashion and media industries. Keanu Reeves name was always mentioned as a ladyboy lover and someone who is in Thailand a lot more than the press knows to satisfy his LB needs. One particular ladyboy in fashion told me he has up to four ladyboys in a session. Cant see how the LB's who have been with him wouldn't be shouting the fact he screwed them, so true or false? If true we cant blame the guy can we?

Cant see how the LB's who have been with him wouldn't be shouting the fact he screwed them, so true or false? If true we cant blame the guy can we?

we don't know how he recruits his partners. I doubt any celebrity will drop in NEP or to alco-cart. So they might use escorts (doesn't matter if the girl comes from a NEP bar) through web or through some pimp/agent. These guys might get a significant stake and can't afford to break the bridges with the VIP by letting his girls spread the news. And so do the girls, on principle. It is in everyone secret to keep it .... secret.
Let's also not underestimate that there are world celebrities totally unknown in thailand. Especially if they are not in their working clothes (as a soccer player, or an actor..)

I remember the Jean Claude van Damme incident, Moo was one of the girls. Jean Claude went into JSB and took five of the girls for the night. One guy had Moo lined up but when a film star appeared everything changed and Moo went off with him.

After seeing the BSkyB Ladyboy series, I have to say that some of them were more than accepteable. Nok is not only very passeable but also very, very passeable and she has a Beemer! She also pays for some ladyboys to have full srs every year.

Scot the guy who is fixed up with Paeng posted a little tale after the first series: he works out in the gym every day. He was doing this one day when the door opened and two of the local neanderthals walked in and straight up to him. He was debating in his mind whether he was going to get his arms and legs broken. Instead the leader just said: "we've seen you on the box. That took a lot of guts, well done, respect."