5 Must Read Books About ladyboys 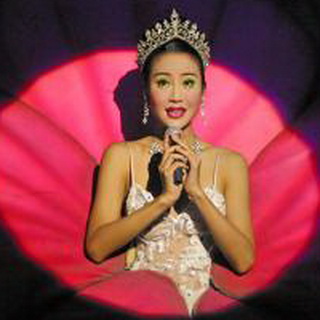 The Ladyboy Lover by Stephen Leather

‘The last thing Jeremy expected when he moved to Thailand was to fall in love with a ladyboy. But that's what happened. And all went well until he decided that the one thing he needed to create the perfect family was a baby. That's when it all went horribly wrong.’

The Ladyboy lover was written by Stephen Leather, a successful British thriller author who also wrote the epic ‘Private Dancer’, which is consider by many to be the best novel about the Bangkok bar scene. This book, however, is more of a novella, just under 10,000 words and 30 pages in length making it an excellent and easy read, and a recommended introductory book for anyone curious about ladyboys in Thailand.

The Butterfly and the Flame by Dana De Young

‘"There's something you need to know about Emily..." In the year 2404, America is no more. In a land ruled by the oppressive theocracy known as the Dominion of Divinity, being gay is a capital offense, adultery is punished with the lash, women are forbidden to work, and forced marriages are common.’

If you’re into Sci-fi and ladyboys this is the novel for you. The Butterfly and the Flame is a dystopian novel of a corrupt, technologically obscene, repressive future where culture wars have erupted and destroyed much of modern day America. Most interestingly, the story’s protagonist is a male to female transsexual called Emily La Rouche, who has been secretly living as a girl since the age of six, but is about to enter a forced marriage the moment turns sixteen.

‘Logan Witherspoon recently discovered that his girlfriend of three years cheated on him. But things start to look up when a new student breezes through the halls of his small-town high school. Sage Hendricks befriends Logan at a time when he no longer trusts or believes in people. Sage has been homeschooled for a number of years and her parents have forbidden her to date anyone, but she won’t tell Logan why.’

Almost Perfect is a deep and heartfelt story about the difficulties and hardship of a young male-to-female transsexual in America. It’s also an extremely clean book which doesn’t delve into sexual fantasy or lust as many other ladyboy books do, instead exploring the psychological and social aspects of the story, notably done in a fairly easy to relate way.

‘Through the lives of three kathoey, male transvestites, this introduction to transgender in Thailand places a cultural, historical, religious, biological, and psychological emphasis on international traditions of sexuality. A fascinating anthropological and sociological exploration, the context of transgender is detailed through the challenges and joys found in Manat, Lek, and Akorn as they travel through the social rites of passage to become kathoeys.’

One of the standout non-fiction books about Thailand’s huge ladyboy population, the book explores the lives of three male-to-female ladyboys. What makes the book such a fascinating read is how it follows three ladyboys with somewhat different views and careers Through a series of interviews the book paints a picture of not only the lives of the three Khatoeys, but examines the position of ladyboys in Thai culture, history, and religion.

‘An intimate portrait of Thailand's ladyboys, the men who have chosen to become women. Funny, passionate, angry and provocative, Ladyboys is a no-holds-barred look at the secretive lives of Thailand's transsexual men. Here, they offer intimate details of the lives that they've never publicly revealed. They talk about the choices they've made, their relationships, families, frustrations and hopes.’

Another great non-fiction book about Thai ladyboys, this one is perhaps more interesting in the fact that the narrator of this collection tales is a female, giving perhaps a more unique and alternative perception, compared to the many ladyboy related books authored by males. The book actually tells the stories of several Thai ladyboys, coming from quite different backgrounds and career paths, notably including a sex worker, cabaret performer, entrepreneur, and a Muay Thai boxing champion.

Nov 10 2014 07:54 PM
Thank fuck for that, for a second there, I thought you were going to put paultains on that list. Nice to see you have good taste.

I think that, this one here (The Ladyboy Bible: Your Official Guide To Meeting, Dating, And Sleeping With Thailand's Hottest T-Girls (English Edition) - eBooks em Inglês na Amazon.com.br) is very much informative & easy reading... have a try guys.